AWARENESS is CFilm’s public series of free films engaging with vital social, political, and cultural issues. Now in its third year, the series brings Middletown and campus communities together to confront and discuss a wide range of fascinating and sometimes difficult subjects. This year’s films included The Departure, The Rape of Recy Taylor, Paper Lanterns, Age of Consequence, and Destruction of Memory. The series concluded last Tuesday with the Indian documentary An Insignificant Man followed by a discussion with co-director Kushboo Ranka and Anthropology Professor Anu Sharma. Swapnil Rai, who taught CFILM’s course in Bollywood Cinema last fall, moderated the session. Afterward, she shared a few thoughts about the film: 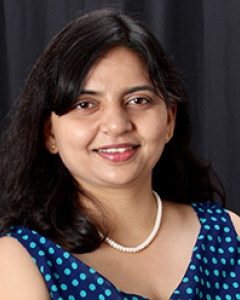 Man is an observational documentary about a very unique moment in Indian politics, the rise of the Common Man Party (Aam Aadmi Party, AAP). It documents the early years of AAP, from the party’s inception as an anti-corruption movement, to its culmination as the ruling party in the state of New Delhi. This documentary is compelling for two reasons. First, it gives the viewer a singular and insightful glimpse into a unique democratic process; the formation of a political party from the grassroots level. Second, it very effectively utilizes the observational documentary form. The filmmakers Vinay Shukla and Khushboo Ranka filmed for over 400 hours with their unobtrusive DSLR camera to then crystallize that footage into a crisp 100 min narrative. Their documentary gives the audience an uninhibited and honest look into the emergence of AAP and reveals the machinations behind the political haze. Four years hence, the AAP has lost its idealism and devolved into just another political party. This time capsule of their incredible rise is euphoric nonetheless.