Avengers Endgame opens this week!!!! That might not seem immediately pertinent to the CFILM BLOG, despite the importance of certain Wesleyan Alumni to earlier installments in the franchise, but trust me – it is a LEARNING MOMENT! This latest Marvel/Disney behemoth comes during the final weeks of the Cinema of Adventure and Action class where we have been thinking a lot about genre, cliffhangers and heroes.  We began the class studying American serials of the sound era, starting from the book I wrote on the subject (which itself grew out of earlier versions of the class). These low-budget chapterplays were released to theaters once a week from the 1930s through the mid 1950s and, in many ways, they started trends that have recently come to dominate our action cinema. The films of the Marvel Cinematic Universe owe quite a lot to the humble serial tradition that first brought superhero comic-book adaptations to the screen. 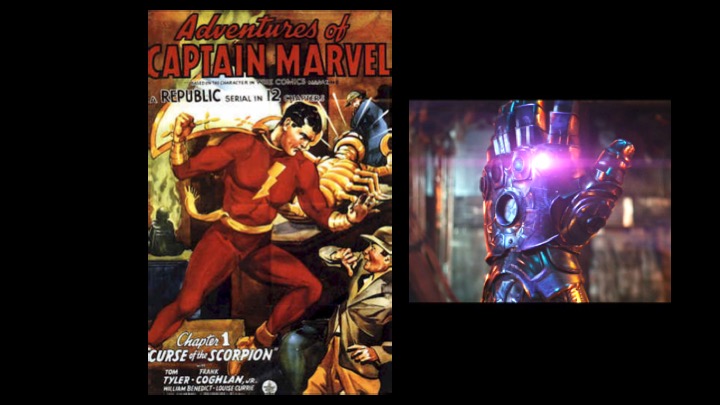 As the semester closes, we are particularly focused on Endgame because the previous installment, Avengers Infinity War, ended with a serial-style cliffhanger. Like an episode of Flash Gordon or Perils of Nyoka, the last Avengers movie concluded not with the heroes hanging from the edge of a cliff, but fully plummeting into the abyss. The movie left audiences not with the question of whether the heroes will win, but how they can possibly manage to come back to life, roll back time, and beat Thanos. These kinds of questions were essential to the sound serial, which left young viewers with problems to solve and to roles to play on playgrounds and in back yards during the week between chapters. Cliffhangers were lucrative model, helping to keep the story present in the daily lives of fans and, most important, encouraging paid attendance at next week’s show. Marvel is on the cusp of unprecedented box-office. Endgame will open on 4,600 screens in North America, has already sold out 4000 shows in advance, and is expected to rake in $850 million worldwide. For a historian, the remarkable thing is that this all hangs on a plot device that was refined 70 years ago in more-or-less forgotten formula films. 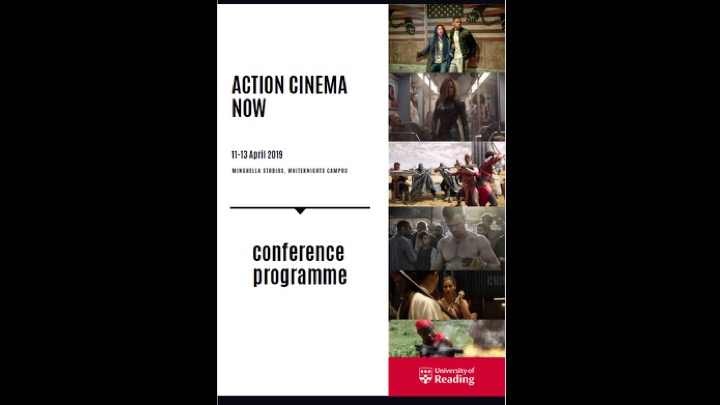 A few weeks ago, I presented an academic paper on serials and Marvel at the Action Cinema Now! Conference in Reading England. The boundaries between “serious scholarship” and teaching are wonderfully fluid at Wesleyan because our students are sharp, challenging, and inquisitive. Thanks to the members of the Cinema of Adventure and Action, I could step out of the classroom, into the conference room, and back into class without changing the conversation. CFILM faculty are lucky in this way.

In both the conference and the class, we’ve been pondering how films handle heroic failure, and what viewers can possibly get out of seeing everything go terribly wrong up on screen. Infinity War is a terrific test case, because the universe’s greatest heroes fail SO SPECTACULARLY! Last-minute actions all come to naught, and with the snap of his magic fingers Thanos extinguishes half of the living population in the multi-verse. Then, our heroes begin to fall.  Their deaths are carefully ordered for maximum emotion. First Bucky Barnes and various Wakandans turn to dust, establishing the principle of disintegration. 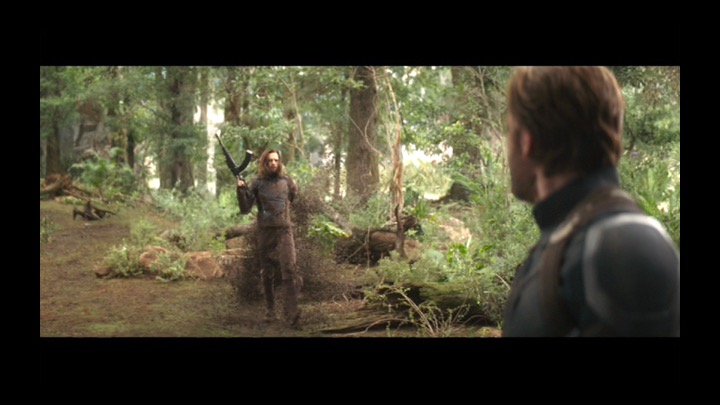 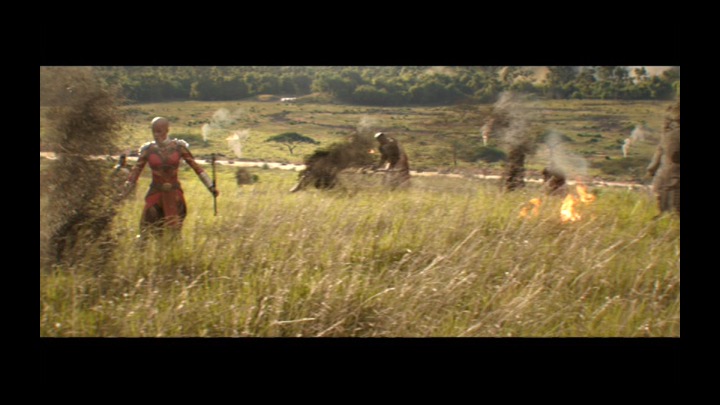 Black Panther is the first top line hero to die, and he does so quickly off frame. 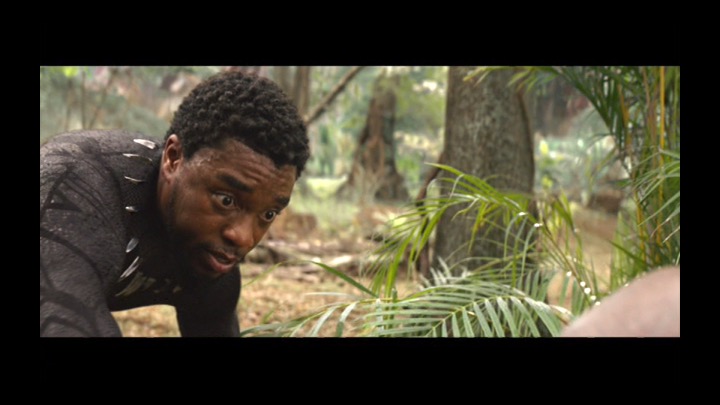 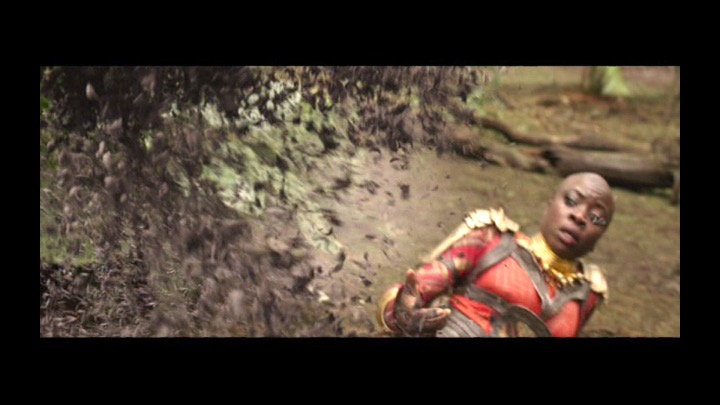 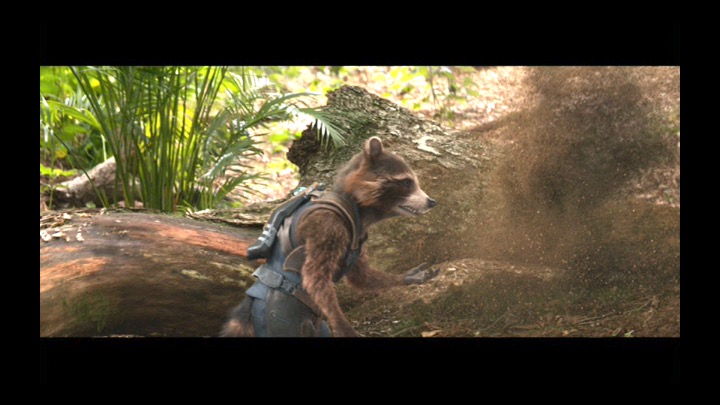 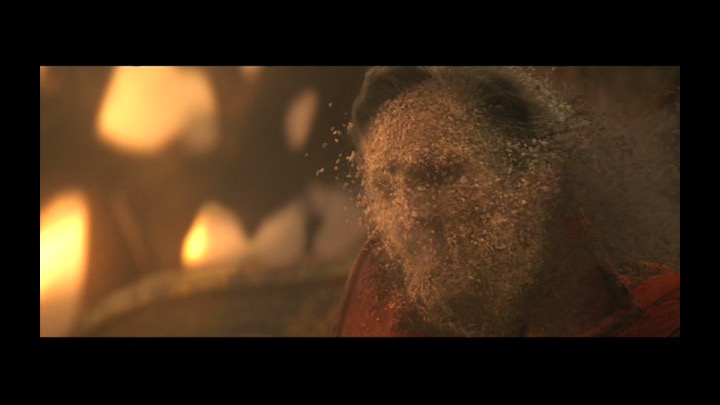 But the final dusting is the most painful. Figured as the death of a son before his father, Peter Parker protests his demise and embraces Tony Stark even as he evaporates: “I don’t want to go, please.” 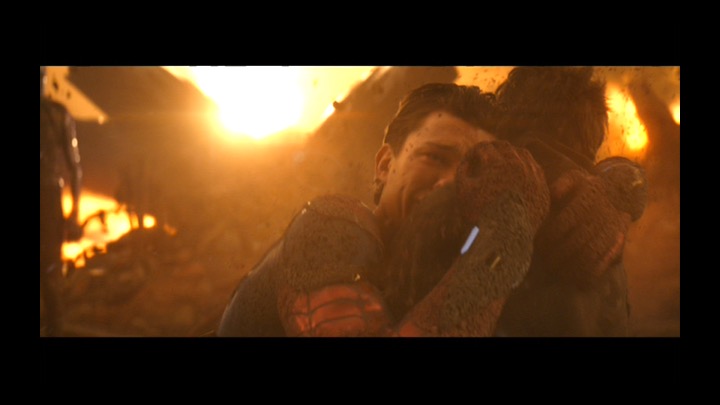 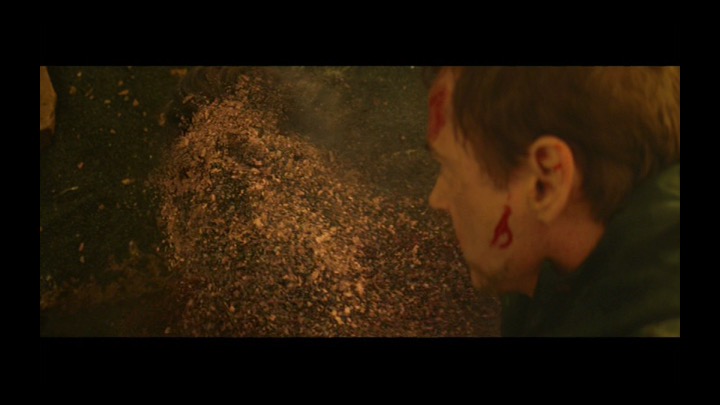 The sequence revels in the violation of innocence, suffering, and recognition of loss, melodrama’s trademark emotional cocktail. The action film and the tear jerker are close cousins.

But, as in any serial, even as the heroes die, we know that they will revive to fight another day. Peter Parker’s death, for instance, is bracketed by Marvel’s well publicized plans for another Spiderman film to be released this summer. Cliffhangers benefit from a kind of dual apprehension: knowing that this isn’t really the end allows us to bask in the depiction of that end.

This turns out to be a great lesson in cinema viewing and making: audiences are always aware that what they are watching is more-or-less nonsense, but that doesn’t stop us from investing and living in the moment. Great films can capture us in the spectacular present. Like a serial from the 1940s, Marvel has managed to extend that moment between movies. Disney and Marvel have dug into the tried and true markets for games and toys and they’ve fed a broad fan culture devoted to the constant and continual interaction with the story. 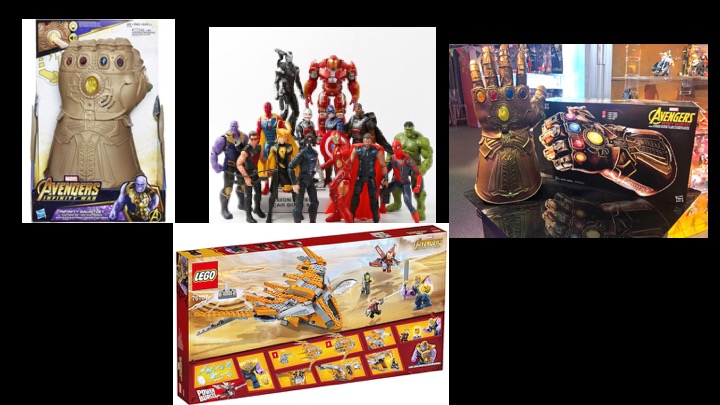 Trailers, interviews, toy releases, and publicity images become fodder for speculation, conjecture, and debate. Marvel plays a good game. The studio famously plants misleading and digitally altered images in film trailers to feed the conversation. Fan sites compare the Infinity War trailer and film to reveal the removal of stones from Thanos’ gauntlet and the appearance of the Hulk who is mostly absent from the film. 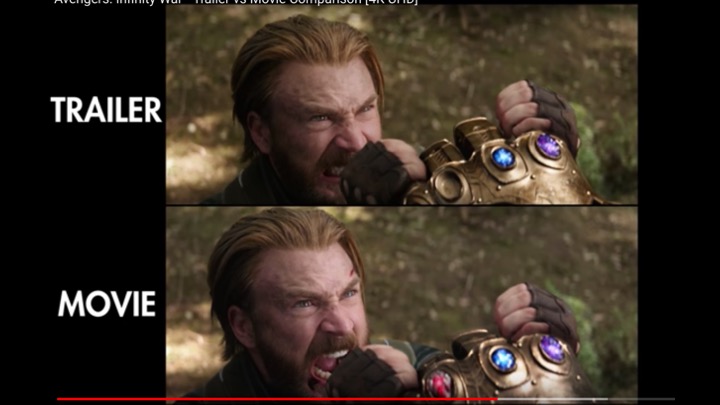 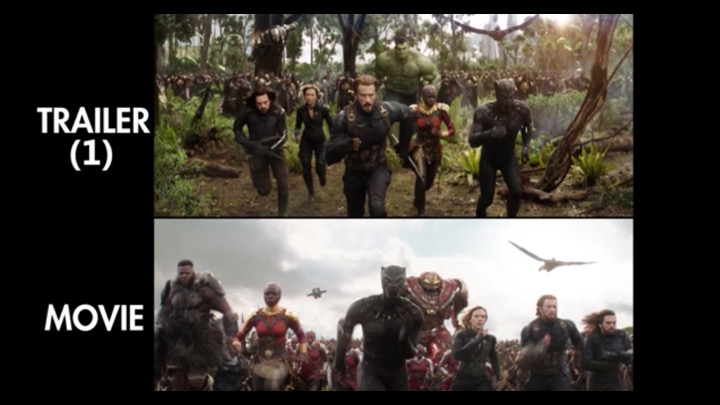 Each successive Endgame trailer has been immediately subjected to frame-by-frame scrutiny, here the 3D trailer reveals figures in an explosion not visible in the 2D trailer. 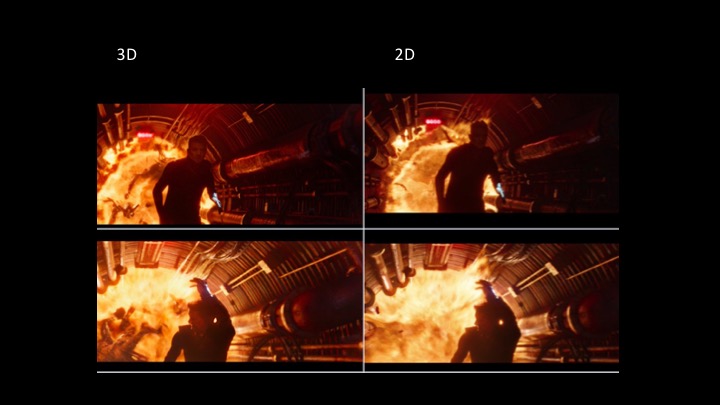 Advertisements for toys are analyzed to predict story events. Fan theories of how Thanos will be ultimately defeated have spawned memes involving Ant Man shrinking down and attacking the villain from behind. Popular film fans are exhibiting the obsessive behavior we expect from CFILM students and their professors! At the same time, leaks about stars who are leaving the franchise have prepared us for strong emotions.  Iron Man, Thor, and Captain America are bound for heroic sacrifice. We will cry!